The history of street art in Los Angeles starts with David Siqueiros’ America Tropical from 1932 and Judith Baca’s massive project from the 80’s, The Great Wall of Los Angeles, as landmark contributions to establishing L.A.’s mural identity.

In the early 2000s, the city passed an ordinance banning murals on buildings. This meant that artists had to find other ways to express themselves. Some started painting on walls around town, while others turned to street art. Street art became very popular in LA because it could be done anywhere. But there were still legal issues with graffiti. So, artists began using concrete as their canvas. Many of them painted on sidewalks, parking lots, and even roads. Others worked with local businesses, like the Hollywood Bowl, to paint murals inside their facilities. Still others collaborated with celebrities and musicians to create large scale pieces. These projects were often commissioned by private foundations or government agencies.

After years of bickering, Los Angeles decided to ban all signs on public buildings. Artists had to get permits to paint murals on private property, which meant they could only paint on walls that already existed. This made it hard for them to earn money because there wasn’t anywhere to put their murals. Artists also didn’t like the idea of putting up advertisements, since they thought it took away from the beauty of the mural itself. Finally, the city lifted the ban in 2013, allowing artists to paint murals on public buildings again. However, many of the restrictions remained, including the need for approval from the Department of Building and Safety before painting anything larger than 10 feet tall.

The outcome was that street artists were forced to either get permission from property owners to paint murals or continue illegally painting them. As the number of legal spaces decreased due to the ban, the number of illegal spots increased. Many artists felt that the next generation of street art wouldn’t have the same amount of space to practice their craft.

The mural ban may have squashed sanctioned public art, but several independent artists and collectives still took to the streets in the dark of night.  One group to emerge in the first decade of the 21st century was the Metro Transit Assassins (MTA).  Their name was an intentional jab at the Metro Transit Authority, which “cut the region’s heavily used bus service for poor minorities” in favor of funding “far less utilized rail lines”

The MTA were inspired by the graffiti movement of the 1980s, but instead of tagging walls, they spray painted trains. They also made sure to tag the transit authority’s buses, which had previously been left untouched. By doing so, they hoped to draw attention to the fact that the MTA was not providing adequate services to low income communities. The MTA did not last long after the ban went into effect, however, because they lacked the resources to keep up with the law enforcement crackdown.

In 2008, the MTA used tons and tons of paint to write “MTA” across a half mile of the L.A. river. The tag was estimated at being one of the biggest tags ever made, spanning 30′ high and covering a half mile. It was painted over by the Army Corps of Engineers as part of a large repaint project. Though the tag resulted in $3.7 million worth of damage, members settled for far less in exchange for community service, a smaller fine, and perhaps the bigger challenge: an agreement to stay away from any sort of tagging for five years.

The Seventh Letter Crew is an art group that combines the talents of over a hundred artists towards a non-illicit goal. Founded in 1999 by writer Eklips, the crew represents the union of two previous graffiti groups, Mad Society Kings (MKS) and Art Work Rebels / Angels Will Rise (AWRS). Members include notable writers like Saber, Revok, and Zes. What sets the group apart is its desire to push graffitigrouping past the realm of illicit activity and into the mainstream. Partnerships with major brands like Nike and Adidas have sparked controversy among those who feel the group is selling out. However, Eklips responds, “We’re not trying to sell anything. We’re just trying to show kids that there is hope.”

Street Artists Attempting to Redefine Graffiti for the Public

In 2007, Man One, owner of Crewest gallery, teamed up with Friends of the L.A. River and International Meeting of Styles (MoS) for a two-day LA “Meeting of Styles” event. The idea behind the event was to transform the blank, gray walls along the banks of the Los Angeles River into a vibrant visual narrative. Over 100 street artists were invited to participate in the event, including many well-known names like Shepard Fairey, Futura 2000, and Lady Pink. However, the city government didn’t see eye to eye with the organizers, and ultimately the artworks were removed. City officials claimed that the event was a public nuisance and potential safety risk.

Saber is a legendary solo writer in Los Angeles who has worked with many different crews including Seventh Letter Crew. He started out doing large scale murals around LA before moving onto a career that includes both critically acclaimed pieces and commercial success. His style is influenced by artists like David Choe and Phase 2 as well as European masters such as Jan van Eyck and Caspar David Friedrich. He has done work for companies like Hyundai and others. He has also shown his work in galleries. He has received backlash from conservative groups because of a mural he did in 2010 that covered a US Flag in protest of the current state of healthcare in America.

Los Angeles Murals, Graffiti and Street Art Into the Future

In the first decade of the 21st Century, LA street artists were frustrated by the lack of public space available to them. Many groups had been working together since the 1990s, creating murals and other works of art in various locations across the city. However, the city began cracking down on illegal graffiti and street art, and the police often targeted those who worked in areas that were not officially designated as “graffiti zones”. As a result, many artists moved away from the city center, leaving behind large amounts of artwork that were never completed. By the end of the decade, however, the city finally decided to change its approach to street art, allowing artists to paint again. Since then, there has been an explosion of street art in the city, with hundreds of murals painted every year.

This may be a good place to introduce yourself and your site or include some credits. 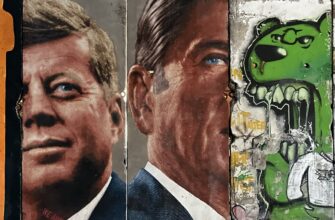 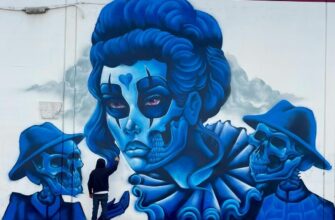 Where to Find the Best Street Art in Los Angeles?
Los Angeles is home to hundreds of miles of colorful
0567